For me, naming a child is a HUGE responsibility and one that I don't take lightly. Steve will tell you that even after Sofia was born, for MONTHS I considered changing her name. You would think that the last name "Lee" is easy to match with. It's not. We've heard all the countless jokes... "What about Sarah? Bruce? Heaven? Ug? Earl?" (Seriously you could do this all day... and people do... but by the 4th/5th child it's not nearly as amusing.)

So here is what I consider in terms of naming... #1 How the name sounds with the last name. #2 The meaning of the name #3 The initials (do they spell anything?) #4 Nickname-ability (I like nick names. Maybe since my name is Mary and as a kid I never had any nicknames.) #5 Does the name sound good in Spanish and English.

So when we found out we were having twins, I couldn't imagine coming up with 2 MORE names. The funny thing is, I didn't have to. The very day we found out it was 2 girls, Stevie and Gabi unanimously agreed upon the names. They aren't even sure who came up with what, but they decided that day, the twins were Nicole and Jessica.

I never really liked the name Jessica. Then as time went on, it grew on me and I started to dislike the name Nicole. (the names don't really pass my bilingual test.) But every time that I would suggest alternatives, both Gabi and Stevie would say "No. They are Nicole and Jessica". About a month ago, I gave in. These babies growing inside of me already had formed their own personalities and I had unconsciously associated those personalities with the names that the kids had already chosen - Jessica being the feisty & photogenic one (Baby B) and Nicole being the quiet yet strong one (Baby A).

For middle names, for our other kids we chose to honor the grandparents: Gabriela Georgina, Steven Donald, and Sofia Marie. It would have been nice to have another boy... This time, I knew (once we knew it was girls) that I would want to honor my sister, Therese. (Jessica Therese) and for Nicole, I decided to pass down my middle name, Elizabeth.

So, there you have it - Nicole Elizabeth Lee, and Jessica Therese Lee. Nick names will be Nikki (still trying to decide the spelling on this one) and Jessi.
Posted by Mary L. at 10:36 PM 2 comments: 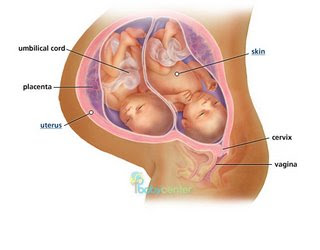 Well, I confess. I am not very good at this blogging thing. But I think I have some good excuses... Anyway, I thought I'd post a few updates.

We have learned a LOT about Twins, I must say. "Baby A" is actually a medical term that is used to identify the baby that is "presenting" (i.e. the one that's closest to the exit.) In our case Baby A is on my right side and Baby B is on the left. For the next post I will officially announce the REAL names of the girls and tell how they came about.
Posted by Mary L. at 8:45 PM 2 comments: 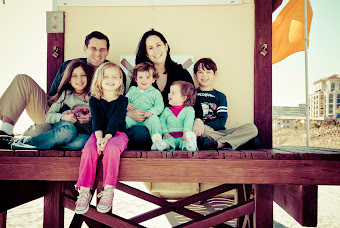 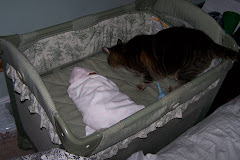